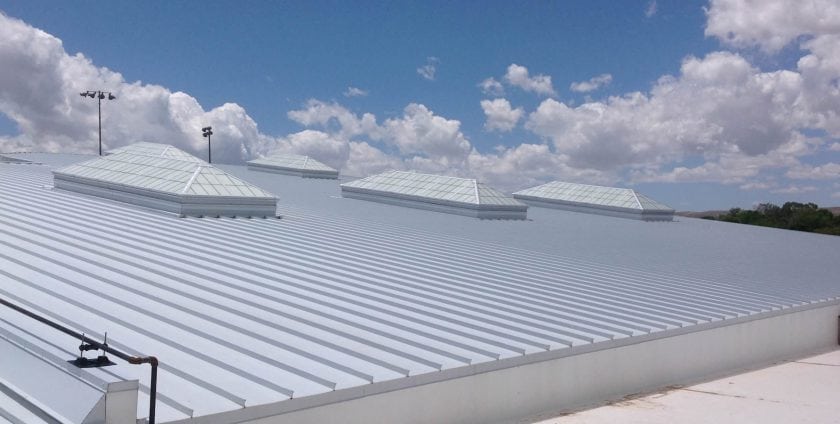 Why commercial and residential roofing has different shape?

People often assume that what you install over your head is one and the same whether you built a house or warehouse. Well, maybe for the exception of corrugated steel that is completely in place on commercial roof but is considered too ugly where residential buildings are concerned. To put it simply – both type of roofing aren’t equivalent to themselves and any roofer who know his trade will feel outraged by such suggestion, particularly because installation requires different set of skills in each case. There is also question of roof’s shape. On average, residential roofs have steeper slopes than their commercial counterparts, which are either completely flat or have very slight incline. Sounds counterintuive as low angle of planes results in worse water and / or snow shedding properties but… Flatter roofs are easier to install and maintain, which is of particular importance for any business owner. After all nobody wants to end up with construction, which is difficult and expensive to keep up.

What you can put on commercial roof?

Flat roofs have also another advantage. They maximize usable space both under and on top of them.  The first feature is quite practical as it provides additional storage but how about the second. With commercial buildings, you have plenty of permanent and semi-permanent fixtures that can be safely installed on the roof such as air conditioner outside unit, elevator machine room, hot water tanks and so on. Such use of space leads us to another difference between residential and commercial roofing, namely weight bearing capacity and wear resistance, which are usually higher for factory or warehouse than for home.  After all, commercial roof have to withstand weight of installed equipment and traffic generated by technicians. There is also slight difference between materials used in both applications. Businesses mostly limit themselves to rubber, TPO or metal, often with increased resistance to heat and some chemicals.